"A strong woman is a woman determined to do something others are determined not be done."
~ Marge Piercy.

I had gone to Doğubeyazıt to meet the city's DTP mayor, Mukaddes Kubilay, and speak to her about her work on behalf of the women of her city. Unfortunately, she was in Ankara for several days while I was in the area so I will have to save a meeting with her for my next trip.

Mukaddes is an unsung hero of the Kurdish people. She single-handedly began a women's restaurant collective and carpet-making collective for the support of unemployed Kurdish women. She also managed to arrange funding to build and fully equip a six-floor women's hospital, complete with elevator, equipment, and medical staff.

In addition to her concrete good works, she's also established herself as the enemy of corruption in all its forms, which is a feat in itself given the notorious corruption in the Middle East in general and Turkey in particular. Mukaddes has fought like a lion for everything she has gained for her city and, for this reason alone, she should go down in history as a truly great Kurdish woman. 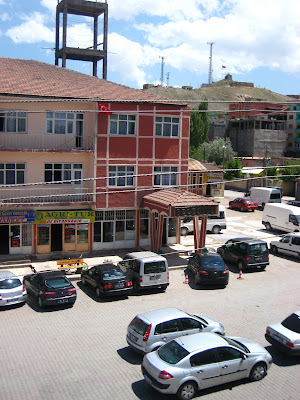 Above is a photo of the Doğubeyazıt municipality offices--or the city hall, as Americans would call it. It's the red-faced building in the center of the photo. The photo is a representation of the situation in Doğubeyazıt, however, because in the upper right corner, you will notice a military installation seeming to overlook the city hall. Doğubeyazıt is positively crawling with Turkish military to the point that it resembles nothing so much as a very bad infestation of head lice. Below is a close-up of the installation: 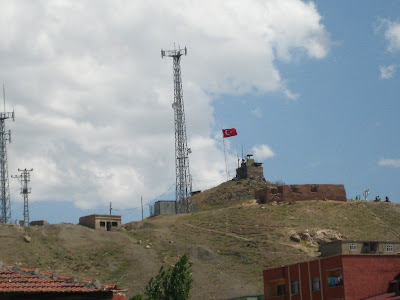 Doğubeyazıt is not only home to Mukaddes Kubilay, but also to the magnificent İshak Paşa Sarayı and the tomb of famous Kurdish intellectual and author of Mem û Zîn, Ehmedê Xanî. For me, however, the most awesome aspect of Doğubeyazıt is its view of Ağrı Dağı, familiar in English as Mount Ararat: 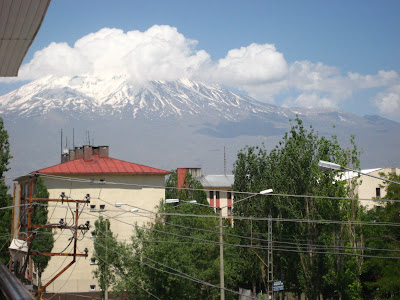 At an elevation of almost 17,000 ft. (approx. 5,140 m), the mountain dominates the landscape throughout the region. The Turkish name of the mountain naturally reminds one of the Ağrı Dağ rebellion of the 1930s, led by the Xoybûn party. More can be read about the movement and its rebellion in Paul White's book, Primitive Rebels or Revolutionary Modernizers? The Kurdish National Movement in Turkey. 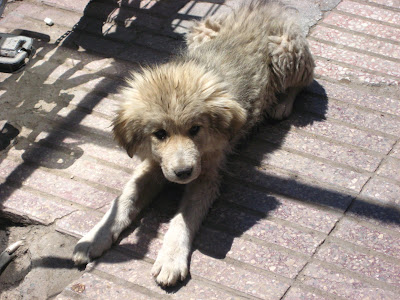 Puppy on the streets of Doğubeyazıt.
The region around Doğubeyazıt and Lake Van is prime grazing land, as evidenced by the many large flocks of sheep and goats, and herds of cattle that I saw from the roads. The people here are, as throughout North Kurdistan, friendly and helpful to travelers. I and my traveling companions stopped in one village outside of Doğubeyazıt to get some water to make tea for our thermos, in preparation for a picnic. Below are photos of the women and children who helped us make our tea: 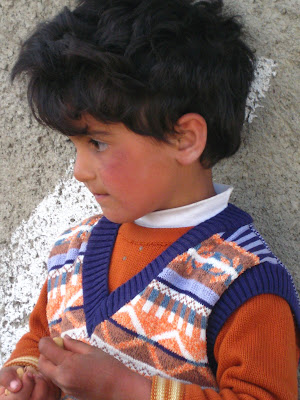 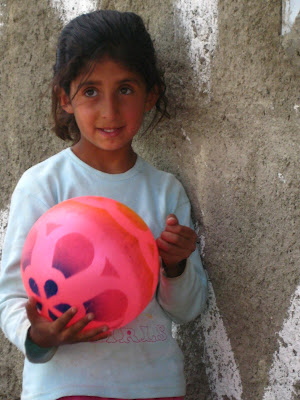 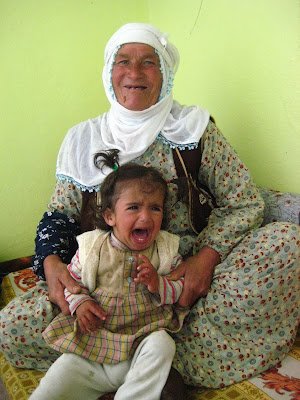 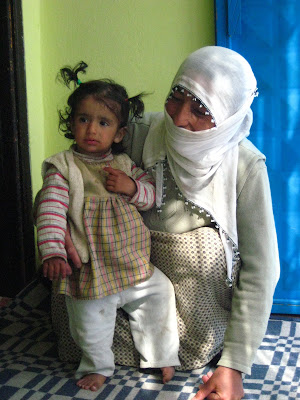 If you ever decide to go visit Doğubeyazıt, note that certain businesses, such as restaurants and stores, are approved by the local jandarma command as "friendly" places for the Turkish military to do business. Such establishments will have certificates displayed in their front windows. Do the right thing and avoid a possible head lice problem: choose to patronize those businesses that are friendly to the Kurdish freedom movement.
Posted by Mizgîn at 20:03