"Van in this world, paradise in the next."
~ Old Armenian proverb.

On the way back from Doğubayazıt, my traveling companions and I stopped in Wan (Van). Although the city is larger than Doğubayazıt, I didn't find it as picturesque. It was overrun with tourists from Teheran, all of them in Western clothes and some of them were perturbed that no one in Wan spoke English. I wondered what the Iranian women must think of the AKP girls and their voluntary adoption of the AK uniform--headscarves and long coats. The Iranians must have ditched their chadors at the airport, and they seemed happy to walk around in a relatively free environment unencumbered by volumes of black fabric. But more on the AKP girls later.

On the surface, everything seemed calm, especially after the Newroz violence perpetrated against the people of Wan by the Ankara regime. The TSK has a large presence here, too, but in the city tends to be hidden by high walls topped with concertina wire, such as it is in some areas of Amed.

As we headed back towards Tatvan, we stopped at Akdamar Island. The sky was absolutely clear and deep blue, the sun brilliant, the water of Lake Wan cold and clear.

We stopped in Gevaş to pick up provisions for a picnic in the mountains, and we almost shared the picnic with a mother fox and her two young kits. 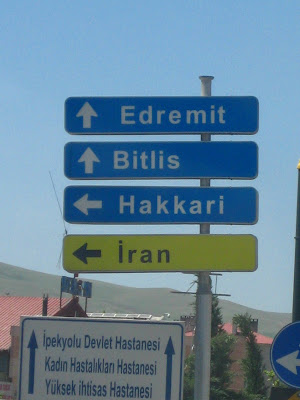 It's always good to know where you are. 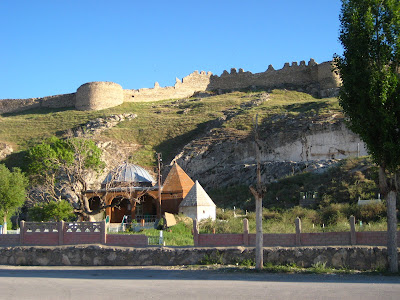 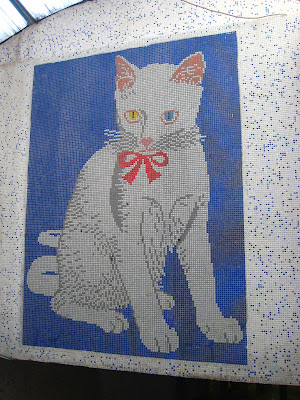 Wan's most famous resident: the Wan cat, at an entrance to the bazaar. 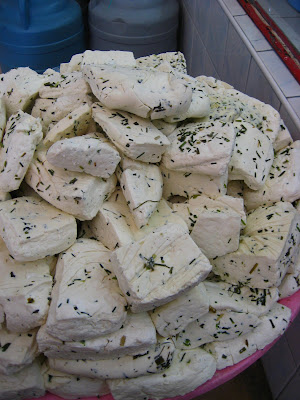 One of the things that makes Wan wonderful: its cheese. I have yet to come across anything like it. Wan cheese is flavored with garlic and herbs, including rosemary and thyme. 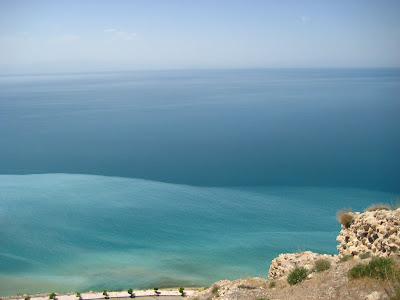 A view of Lake Wan from the fortress at Adilcevaz. 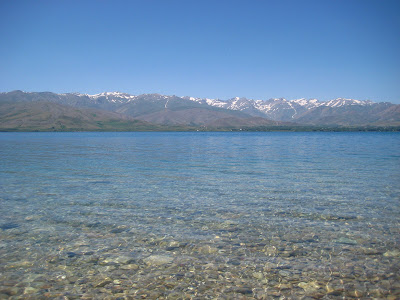 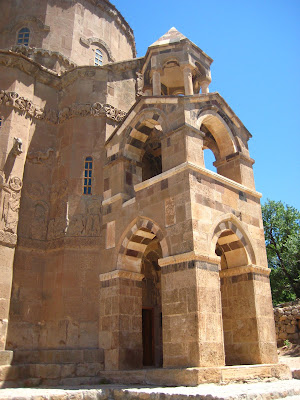 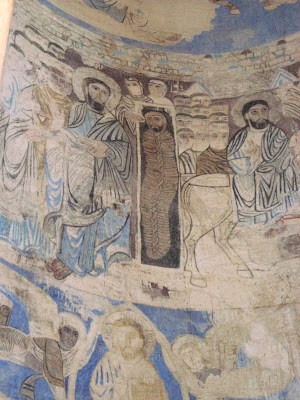 The Armenian church on Akdamar. Someone really should spend some money to restore this building. The carvings on the outside are fabulous but the painted walls on the inside appear as though they may soon be lost. 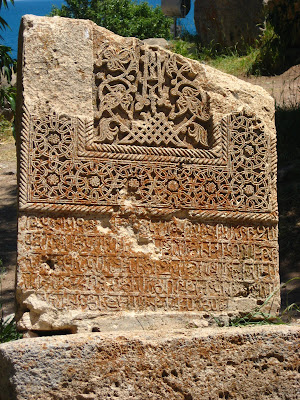 A gravestone in Armenian, from the church yard. 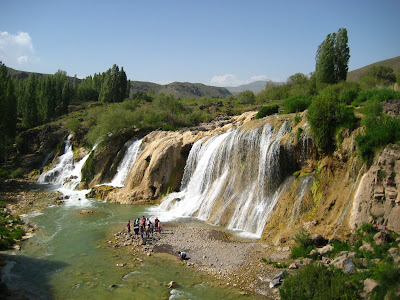 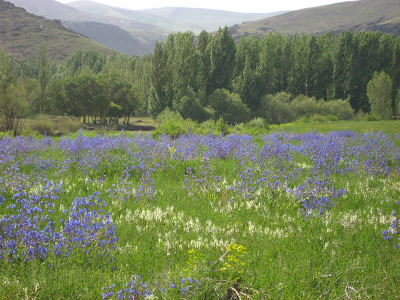 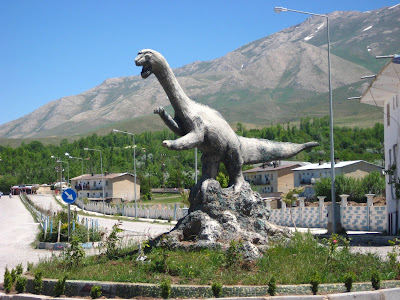 MY God. Never had I thought my country was so beautiful. Van must be more beautiful than Amed and Hakkari. Thank you so much for these pictures. Let's hope Turkey does not touch any of this ( Regardless the GAP project)

Thank you very much for the pictures..They all are interesting..but then I saw the CHEESE! I LOVE THAT CHEESE!
-Misto

Thanks so much for the beautiful pictures - I miss so much to Wan!

By the way, my book 'Serhildan - Kurdish upraising in Van' (published last autumn) tells about the every day life in Wan. People are active there! I hope someone would translate it to English.

Anonymous, I think the region around Lake Wan is the most beautiful in North Kurdistan.

Misto, honestly, Wan cheese is the best ever!

Dr. Kristiina, it's very easy to miss the Wan area. I miss it already myself.

And I wish that someone would translate your book into English, too.

So glad you're back. Personally I like my own picture of Vankale (see thumbnail) which I took in April 1975. It was still very cold, and snow lay in the footings of the Urartian walls. I liked the orchards of Adilcevaz, which were blooming when I was there in 1977. But I did not like waiting for a bus in front of the "ocak" of the local MHP office. Lots of Circassians were settled around Suphan Dagi in the late 19th century, and they're very nationalistic.

Mizgin, I agree with You, that Van Lake is among the most beautiful part of Kurdistan. And air is so fresh! But the nature in each part of Kurdistan has its own charm. The mountains in Dogubayazit are amazing, like nowhere else in Kurdistan. The landscape by the road from Dogubayasit to Iranian boarder, it's different than any other place I have seen. Maybe moon has similar views??

Gordon, now I have finally time to read Your book, it's very interesting and good starting point to study the history of South Kurdistan. After that I read about the first world war days and then books about 1940s and then about Algiers Accord.